skip to main | skip to sidebar

Art is my first language. I remember observing the colors in a sunset before learning how to read. This passion for color and observation led me to become an artist with a penchant for fresh air and intrigue in the mystery of nature.

Growing up in the sheltered Pennsylvania forest with daily images of moss underfoot and leaf filtered sky left space for plenty of dreaming and solitary time in nature. This deep connection to the aesthetic of the natural environment informs my artwork. Themes of lens, space and time occur in all of my media. Exploration in surface and layer is repeated in my work. At times my art is realistic and graphic in nature, and others it becomes very tactile and uses the medium to fully explore a texture. Each day I unfold new work in my home studio.

Art comes from an ephemeral experience. A fleeting moment can inspire a passionate fluidity in line and color. It can also be gained through knowing about your environment and the history that occurred over time in ones places of inspiration.

As an artist that wants to preserve the western landscape, I recall the forms of earth I visit, reviving them with clay and paint. At times I will mix basalt from local cliffs into my ceramics and reform the earth in my kiln. I am led to define my vibrant composition by the draining of snowmelt in the hills and the way it carves the land while journeying to the river. Dark recesses occurring naturally in rock and earth are my shades, while the colors at the close of each day, which are most saturated, define my palette.

Now showing at THE LOFT in Hailey Idaho through September 30! 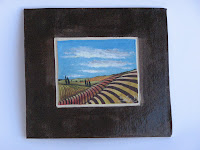 Hello! I have a show at The Gallery at Hyde Park and it will be up for one more month. On Mothers Day I will have a Jewelry sale at the Sawtooth Winery in Nampa, Idaho. Then to close the month I will be up in Moscow, Idaho at The MIX for a solo Jewelry show. That's the latest!! Happy Spring!
Posted by Suzanne Lee Chetwood at 9:21 AM 1 comment:

May-September 1999 Lived in Nea Makri, Greece while studying art and architecture while
Working at “Karamica” a successful ceramics shop. 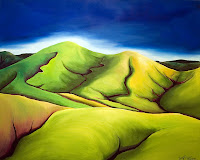 Wood river cellars is having a grand opening and has invited me to show some of my work next week. I am not sure what I will show, the manager is coming over to choose from my work monday. I have some "vintage" suzanne as well as a few new, so we shall see! There will be music from 6:30 - 8:30pm ...FUN!

Human Anatomy in Landscape
Artist Statement for "Erotica" show at The Artisan Gallery
Suzanne Lee chetwood
I have always admired the female figure. The curvilinear shapes and volume under skin is akin to my natural style in markings of line and brush. Human forms, contours, and lines inform my landscape paintings. The figures became a subconscious focal point in my work. The landforms I paint have an intention and breath of their own. However, I keep finding figures in the landscape and have addressed that calling.
At first I wanted to make clear the connection of figure to landscape. I joyously achieved that in my first “mother Earth” painting. Sinking a beautiful woman into the very landscape that I admire, connecting and duplicating the lines of Earth and body, I illustrated the illusion that always seemed to occur in my landscapes without intention. With the sky on fire and the cool earth below the figure illustrates the peaceful loving connection I have with the Earth.
The next series of figures slowly began to break away from a specific environment and had a more atmospheric quality. I give the viewer more intuitive credit and have allowed for the mystery of the lines and forms to unveil themselves. It is the same line that drains snowmelt from the hills, carves out a river, and forms the horizon line that I have painted. These same lines and forms of the land can be found in my paintings where the arm meets the body, the declivity in the middle of the back that follows to the backside, and the “saddle” where the lower back meets the buttock. The body of work is a celebration of human form, landscape, and atmosphere.
Posted by Suzanne Lee Chetwood at 9:59 AM No comments: 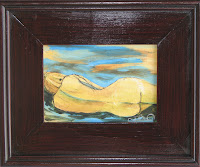 Please join me at the opening reception. This a a new collection of my figure paintings! The diversity of work by gallery artists will delight and inspire. This show is sure to be a treat for a special valentine! Hope to see you and celebrate the love xoxo!

Posted by Suzanne Lee Chetwood at 5:53 AM No comments:

January 17, 2009 Art Opening Reception at Cafe Silos in Moscow, Idaho
Travois Way Cul de Sac from 5-9pm Saturday Night!!
I am looking forward to bringing my Palouse paintings to show in their rightful home....spread the word to the northerners!
Suzanne

Posted by Suzanne Lee Chetwood at 8:46 AM No comments: 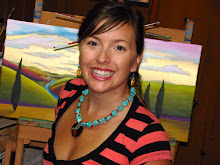